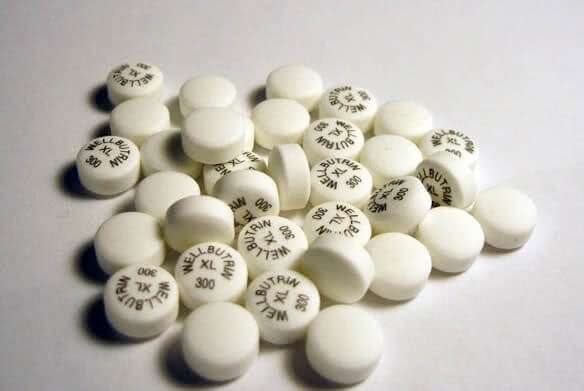 “It can treat depression and help people quit smoking.” It might seem like an odd combination of effects, but that’s what Wellbutrin, the brand name for Bupropion, is purported to do.

Officially, it is known as a “norepinephrine-dopamine-reuptake-inhibitor,” but in more common parlance is referred to as an NDRI. As an “atypical antidepressant,” it differs from the more commonly issued SSRIs, but is still considered effective and has several off-label uses as well.

The generic compound, Bupropion, was synthesized in 1966 by the Burroughs Research group in an attempt to find “an agent that would be active in antidepressant screening models, but differ chemically and pharmacologically from the tricyclics, and not be sympathomimetic, cholinolytic, nor an inhibitor of monoamine oxidase.”

These researchers wished to find a compound that would be safer and more tolerable than options that currently existed, even if they aren’t yet sure what the precise method of action is for the drug:

“Bupropion appears to enhance monoaminergic neurotransmission via its effects on both the NE and DA transporters, with subsequent reuptake inhibition of these 2 neurotransmitters. Bupropion and 2 of its metabolites, hydroxybupropion and threohydrobupropion, were shown to decrease the uptake of NE and DA into rat and mouse synaptosomes…”

“The therapeutic effect of bupropion is presumed to be, in part, due to the antidepressant activity of 3 metabolites: hydroxybupropion, threohydrobupropion, and erythrohydrobupropion.”

It first became available as an immediate release tablet in the 1980s, with SR tablet being created sometime after to provide more convenient dosing for patients.

This sustained release tab was marketed as Wellbutrin-SR in the mid-1990s and could be taken twice a day, making it a more manageable treatment. In the 2000s, researchers introduced Wellbutrin XL, which could be taken only once a day.

Unlike traditional SSRIs, Bupropion ignores the serotonin system, providing effects by working instead on the noradrenergic and dopaminergic systems in the body. It is also devoid of the many sexual side effects commonly associated with SSRIs.

The drug, the fourth-most prescribed antidepressant, is available by prescription only.

It generally takes weeks for the effects of antidepressants like this to start to manifest, so why the clamor about recreational use and a Wellbutrin High? I decided to do some digging to see what users had to say.

When used clinically, Wellbutrin seems to have positive effects for some users:

“Recently I started taking Wellbutrin in the morning, and holy shit. I haven’t felt this good in a really long time. Things don’t bother me nearly as much, and I’m 100X more productive. I don’t have trouble getting out of bed in the morning anymore and I’m actually eager to go about my day, a feeling I haven’t had in months.”

One user found that it gave them some weird side effects but did quell their urge to smoke:

“Took it for depression. My depression went away but so did my will to live. Does that sound contradictory? Welcome to the world of antidepressants. Also, very weird dreams and if you’re a smoker. It makes smoking taste and feel the way it’s supposed to, fucking disgusting and stupid. I dare you to make it through a whole cigarette without getting sick.”

Nothing about Wellbutrin providing a “high,” though. The closest thing was a mild cognitive boost for one user:

“I’ve recently started taking Wellbutrin (150mg a day), and one thing I have noticed is that it has really increased my alertness and ability to focus/stay awake (something I have always struggled with is daytime sleepiness).”

Even that, though, was considered atypical and not something that would occur for the “Average Joe.”

There’s Also Some Cautionary Tales About What Can Happen With Too Much Wellbutrin:

“I was doing fine for the first week of medication but while at school after taking the 900mgs earlier that morning I had a very ‘interesting’ reaction. I was sitting in math class around 9am paying attention (for once). Then everything got *really* bright and loud. I started having very stong hallucinations and thought for a time that I was in a coffin being buried. I have used other hallucenogens but this was not anything like those experiences. It was very frightening because I was not expecting this to occur on a medication that was prescribed to me by a well-known psychiatrist.

This lasted for about 8 hours, not stopping until I was walking home at 5pm (accompanied by a friend who knows about my medications and was able to realize that I had definatly overdosed). During that time I found out later from her that I had been sent to the nurse for a drug test because I looked really stoned and had VERY dialated eyes. She had determined that I was on cocaine and told my family. Luckily, however, they were able to explain that I was on a very high dose of bupropion so I didn’t get expelled. I went to the psychiatrist later that night and she got rid of the Wellbutrin and put me on Ritalin and Zoloft. After that I had no experiences like that and I am quite glad.

To anyone who considers using bupropion recreationally: This drug is NOT going to give you the hallucinations you want. It is a terrifying experience and to get those kind of reactions you need to take a LOT of it and at that dose it is very easy to end up dead like I almost did. Please, *please* do not use this as a recreational drug! If it is prescribed to you be very careful with it and if you have *any* bad reactions tell your doctor and get them to change you to something else. “

I was doubting Wellbutrin would provide much benefit to me, but decided to see for myself.

I managed to snag some of the 100 milligram tablets and downed three. Nothing. Figuring this drug would take some time to build up its effects, I took the standard dose for about a week. I just felt “off.” Ornery, cranky, prickly, even.

It seems that for me, at least, Wellbutrin wasn’t going to offer any recreational effects worth mentioning. At least I didn’t experience any crazy side effects with this one. I had read of terrible “trapped in the bathroom” stories from individuals that took too much at once.

I think Wellbutrin is one of those “good for its intended uses and not much else” sort of compounds.

Regardless of the cause, the effect seems to be a solid treatment option for several mood disorders.

Many users report having success with using Wellbutrin to treat their depression symptoms. Even those that had bad experiences with the mood enhancement elements of Wellbutrin conceded that, at the least, it helped them quit smoking.

What Is Wellbutrin Good For?

In addition to its uses in treating mood disorders, Wellbutrin is sometimes prescribed as a smoking cessation aid. It reduces the severity of nicotine cravings and withdrawal symptoms. Researchers are also exploring the drug’s effectiveness at treating ADHD, sexual dysfunctions, and bipolar disorder.

More serious side effects include seizures, and on rare occasions, suicidal thoughts.

Wellbutrin seems to benefit those that need it for medical reasons but doesn’t offer much in the way of recreational potential.

The Wellbutrin high probably isn’t one you’ll be looking to experience, so I’m t tohinking explore alternatives instead.