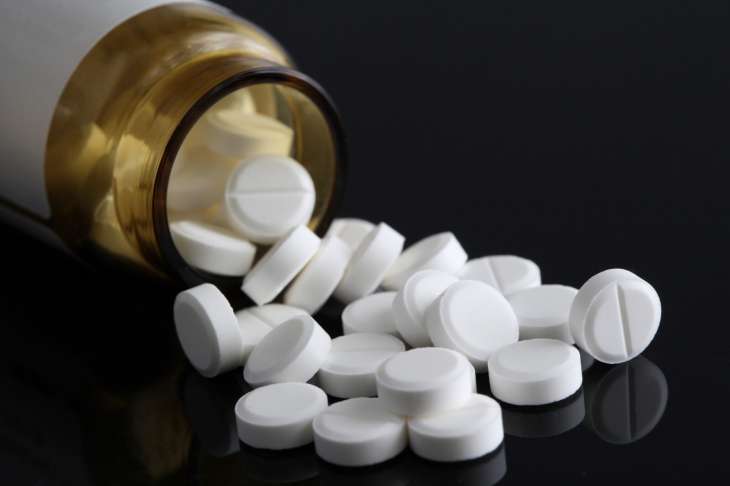 You might be thinking of Aldous Huxley’s fictional hallucinogen, one of several video game or anime characters, or even your favorite Australian dark-ambient band, but I am referring to none of those things here.

Soma, for the purposes of this exploration, is Carisoprodol, a muscle relaxant with barbiturate-like effects. The Soma high is similar to taking sedatives and has led to a growing level of detailed abuse. At least we know going in that this one has some actual recreational value, no?

Soma is a brand for the drug Carisoprodol. It is a muscle relaxer used to alleviate acute pain caused by muscle and bone conditions and is most commonly coupled with plenty of rest and physical therapy to help achieve this goal. Carisoprodol has certainly stood the test of time; it was first prescribed in 1959.

Though there is a big deal made about the possibility of abuse, a la articles like:

“Carisoprodol: a marginally effective skeletal muscle relaxant with serious abuse potential,” many have seen benefits from using this drug to treat their conditions.

Soma is effective at relieving muscle and skeletal pain, controlling muscle spasms, and, yes, providing a recreational high. The exact methods of action are unknown, but it goes to work fast (in 30-60 minutes) and lasts for good 2-6 hours. Soma potentiates opiate-based pain medications, so it’s often prescribed in combination with a low-dose opiate-based painkiller in the treatment of musculoskeletal injuries. This combination can be dangerous and even fatal when the two medications are taken together in excess.

Originally conceived in 1959 as an antiseptic drug, the developers of Carisoprodol soon learned that it had utility as a muscle relaxant.

Though it has plenty of legitimate use in treating injuries and helping patients deal with assorted pains, it has received more notoriety as a heavily abused recreational drug, prompting its classification as a Schedule IV drug in the United States. From the Department Of Justice:

“Abusers typically ingest Soma orally. Many abusers take it in combination with other drugs to enhance the effects of those drugs. Alcohol, codeine, diazepam, heroin, hydrocodone (especially Vicodin), meprobamate, and propoxyphene commonly are abused in combination with Soma.”

“Abusers who combine Soma with Vicodin claim that this combination produces effects similar to those of heroin.”

Sounds like a powerful high, but I was curious as to how the users of the drug would describe the Soma high. I decided to turn to some firsthand accounts for more information on the topic.

What I found is that Soma

One user claimed it did nothing for him:

“Most boring drug ever. Helps for insomnia, I guess. No recreational use, IMO. Never been a real big fan of downers though, unless you count opiates or booze. I get really depressed whenever I’ve taken Soma.”

To which one commenter replied with the need to mix in other compounds:

“The recreational use is when it’s mixed with opiates, which it potentiates. The famous “Las Vegas Cocktail” is just Vicodin and Soma. Not that I recommend it, I hate that drug with a passion. Watched some people very close to me destroy themselves with it.”

This tidbit, however, is contradicted by another user who had no problems getting that sweet Soma high by just jacking up the dosage:

“I feel like most people consider Soma more of a potentiator than a standalone substance. But 1000-1500mg is amazing for me, and easily trumps benzos in terms of recreational value. Takes away pain, helps with WDs, feels like a mix of alcohol and Xanax. Anyone else feel this way about soma?”

This user followed with a funny quip:

“When I woke up I saw 16 messages in my inbox and was extremely confused. Guess what I was on when I posted…”

Another user detailed an experience that seems like a bit more than was bargained for:

“ I took 2 (700 mg). Within 5 minutes, I began to experience a dizziness that is as intense as dizziness can be while still being pleasant. My muscles were so relaxed and loose I felt like a Gumby. I stood up and found I could barely walk. I was reminded of what they used to call the Jake Walk, when people drank something approximating alcohol called Jake and wound up with permanent nerve damage and a distinctively jerky walk. It wasn’t at all like the fluidity of extreme drunkenness. Rather, it was jerky and twitchy, and I even feared I might be going into convulsions. But instead, I just collapsed on the floor in a puddle of primordial goo”

Like many drugs, it must depend on individual circumstances to a large degree, but there is a potential for Soma on its own to provide some recreational benefit, so I decided to have at it, all the while hoping it didn’t result in an experience like the last account included above.

I decided to go with a large dose of Carisoprodol instead of fooling around with mixing lower doses with other drugs. I went with a sizable 700-milligram dose and waited. It turns out the solo Soma high works well for me.

In about an hour I felt very relaxed, but not to the point of passing out. No pain, no stress, no anxiety, just a chill feeling that lasted for several hours. Walking and moving around wasn’t difficult, but I did feel very lethargic and sluggish. I was concentrating on not tripping over my own feet whenever I stood up. About 3 hours in or so, lethargy started to really take hold and I became very tired. Not a bad overall experience, and I didn’t have to contend with any side effects.

Not wanting to run the risk of becoming a “Soma-head,” though, I decided one time was enough to assess the potential. Soma has some potent effects and definitely provides a nice, relaxing high that’s welcomed after a long day. But, I would urge caution and recommend not overdoing it.

The experiences you’ll see about Soma can differ to some degree. Some users are not a fan, either because the drug doesn’t work for them, or they’ve seen it work too well and had friends/family wreck their lives with abuse.

Others have a more positive stance on the drug, saying the recreational effects are potent, and that they rather enjoyed the way Soma made them feel. Erring on the side of caution, though, still seems like a prudent idea when using this drug.

Soma has its side effects.

Dizziness and impaired reactions are a serious concern. These side effects are typically stronger when the drug is first administered, and tend to subside significantly with extended use. As I mentioned earlier, Soma is often prescribed in conjunction with a low dose of an opiate-based painkiller, and while this can be an effective method for treating the pain associated with serious injuries, it’s also potentially dangerous. Almost all Soma related overdose deaths are the result of the user carelessly mixing the drug with opiates in excess, often falling asleep and aspirating on their own vomit. Not a pleasant way to go.

Perhaps the direst consequence of Soma, however, is the potential to abuse the drug to the point of dependence. Several countries have outlawed the drug because of this, and the withdrawal effects from sudden cessation are rather unpleasant. In fact, Soma’s withdrawal symptoms sound downright horrific. Over a period of weeks, months, or in extremely rare cases over a year, the withdrawal from Soma is serious. Withdrawal symptoms seem predominantly mental, and users have experienced things like depression, anxiety, new or worsening temper, the appearance of new phobias, and memory loss.

Handle with care. Soma is a powerful drug that will provide a strong recreational high, in some cases, but can be easily misused. Don’t make this one a habit; I’d say save it for occasional use.

I used Soma’s for years and always had good luck with them. I really didn’t eat them much so I saved them and after a few years my body just started to break. I had 3 surgeries in 3 years and those Soma’s that I saved really helped me through physical therapy a lot.