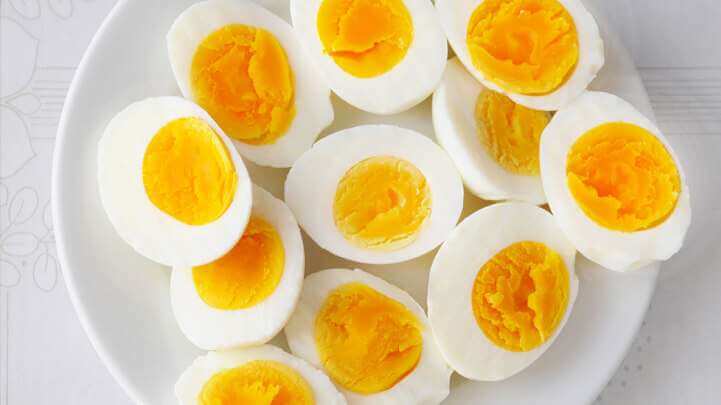 If you’re interested in boosting your brain function with a regular regimen of Piracetam, and if you’ve done your research online, then you may well have come across mentions of the vitamin Choline.

Choline is taken by many nootropics and Piracetam users as a complement to the brain enhancing drug, but why is that, what are the benefits and should you be doing the same?

Read on to find out more about Piracetam and choline and if you should be getting more choline in you.

Choline is a water soluble B-vitamin that helps with a bunch of different brain and body functions. It’s freely available in a lot of food sources, such as eggs and meats, and your body normally manages to extract enough choline from a healthy average diet.

Choline is a ‘precursor’ (i.e. a raw material) of acetylcholine. For nootropics users, this is an interesting property because of the effect that racetams, such as Piracetam, have on your brain’s acetylcholine levels.

Acetylcholine is an important neurotransmitter and is vital for remaining conscious, memory development and for transmitting brain signals to vital organs.

What Are The Benefits?

Choline itself has a number of benefits. For example, it helps with healthy brain function through its role as a building block of acetylcholine. It’s also needed by the body for maintaining a healthy liver: it helps with the removal of fats and cholesterol from the liver. Choline also helps prevent heart defects in children and helps with the development of a healthy fetus for pregnant women. It has also been shown that Choline helps reduce some common markers of inflammation.

What Happens If You Don’t Have Enough Choline?

If you decide to go on a course of Piracetam and you do not have enough choline in your diet, your body may become depleted of acetylcholine.

This often manifests itself as headaches and or ‘brain fog’. ‘Brain fog’ is a loose term used to describe the feeling of poor mental function, being confused, forgetful or finding it difficult to learn.

While many users have reported going on a course of Piracetam without taking a Choline supplement and without experiencing and brain fog, some users do find that this happens.

The effect is not drastic so you may wish to discover whether you react this way yourself before investing in Choline supplements along with your Piracetam stash.

For men, the recommended daily dose of choline is 550mg and for women it is 425mg. However, for users of Piracetam, the required levels of choline will likely be higher; the nootropice effect reduces the supply of acetylcholine in the brain. You’re better off increasing your daily choline intake to around 800mg – 1600mg per day. Your own ideal piracetam and choline dosage may vary, but starting off with 800mg of choline per day taken at regular intervals with your piracetam is a good place to start.

Can I Just Get Enough Choline From My Diet?

So, getting enough choline in your diet is fairly easy if you follow a high protein diet, a few hundred grams of meats like pork, beef or chicken should have you covered. Alternatively, a few eggs per day should get you up to 800mg.

Getting up to 800mg of choline per day is easy enough for high protein dieters.

However, what about users who need to go all the way up to 1600mg per day, or what about vegetarians or anyone who doesn’t get a lot of meat or protein in their diet? For these users, it is best to pick a good choline supplement.

Even users who have a high protein diet and get a lot of choline there may still need to supplement extra, everyone reacts differently to Piracetam so you may still get brain fog regardless.

Choline can be bought in supplement form, for example a very popular choline supplement amongst the nootropics crowd is Alpha GPC.

You can also get Choline supplement powder, for example from LiftMode.

Some users, when thinking about the ideal choline dose to take with Piracetam, talk about it in terms of the ideal Piracetam to choline ratio. This is just a different way to decide on the ideal dose of choline. It describes the amount of choline to take as dependent on the amount of Piracetam you take. It is recommended, when looking at ratios, to take Choline in a ratio of between 4:1 and 2:1 in favor of Piracetam. This means that for 1 part Piracetam, take between ¼ to ½ that amount in Choline.

For example, if you take 3,200mg of Piracetam per day, then your choline dosage should be between 800mg – 1600mg per day. Start at the lower end and work your way up according to how much, if any, brain fog/headaches you feel.

Where to Buy Choline Supplements?

Alpha GPC is a highly recommended supplemental source of Choline. You buy it here at a reasonable price.