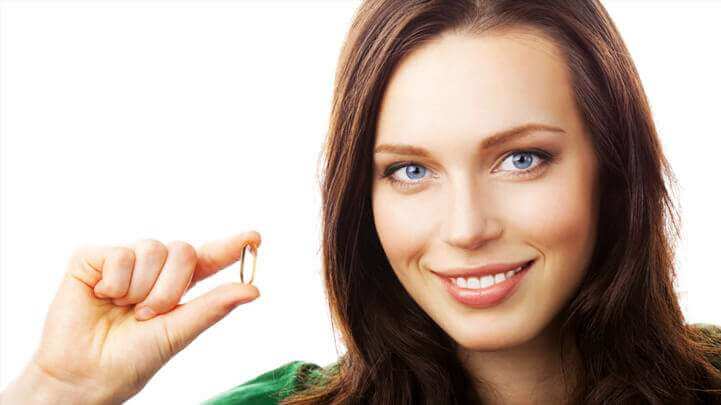 The Russians have provided a great deal of revolutionary nootropics over the last several years. Their Phenylpiracetam and Noopept started off as prescription cognitive enhancers and eventually progressed to high caliber supplements for brainpower that are used worldwide.

Another example is Phenibut, a commonly used but powerful anxiolytic that reduces stress without causing drowsiness.  The latter mention is a prodrug of GABA, and it is the close sibling of another Russian medication that is also popular in the nootropic community – Picamilon. In today’s Picamilon review we’ll look at the effects, side effects, dosages and history of Picamilon.

In 1969, researchers in the Soviet Union found that when you combine niacin (vitamin B3) and GABA, you get a molecule that once passed into the brain, acts as both an anxiolytic and as a potent vasodilator. This molecule is modernly known as nicotinoyl-GABA or better known by the name Picamilon. It is sold in Russia as a prescription medication used to treat migraines and brain damage due to blood vessel obstructions (such as stroke or cerebral hemorrhage).

What’s interesting about Picamilon is how it readily transfers both GABA and niacin across the blood-brain barrier, when the two are not normally well-absorbed on their own. In fact, GABA theoretically never reaches the brain in significant amounts by itself, without the help of a bonded molecule.

The concept behind the anti-anxiety properties of Picamilon is to essentially “deliver” GABA across the barrier to increase the overall GABA levels in the brain. For those who are unfamiliar, GABA is an inhibitory neurotransmitter which reduces the over-activity of the mind that purportedly causes stress and anxiety.

The other component of picamilon, niacin, acts in a sort of synergistic manner with the GABA. The niacin, once detached from the GABA through acetylation, causes a remarkable vasodilation effect. This means that it can widen the blood vessels in the brain which subsequently improves circulation. An improved blood supply often means more oxygen for the brain cells, which is good for staying alert and focused. The boost in circulation is also greatly helpful in treating conditions such as stroke, where a patient experiences a disruption of blood flow.

Similarly to Phenibut, Picamilon is a great choice for those who are looking for a supplement that helps them cope with stress without experiencing a “downer” effect such as sleepiness or mental sluggishness. Picamilon improves mood and reduces stress, anxiety, irritability and emotional stress. It’s also recommended for depressive disorders and has been used successfully to treat withdrawal symptoms from alcoholism.

Picamilon hardly ever shows side effects, classifying it as a true nootropic. That said, people can often feel a variance in effects depending on the dose size.  For example, a lower dose may present a more relaxed feeling, while a higher dose can seem more stimulating.

The standard dosage for picamilon is about 100mg, although what you need may differ compared to others. Typically, Picamilon appears as a crystalline white powder with a slightly sour taste.  It’s rarely found in stores unless you’re in Russia, so online websites are the only way to go with this one!

Update, December 2015: thanks to reader bunny for pointing out that Picamilon is MIA from Amazon, as well as Liftmode’s site. A bit of searching with our nootropics suppliers, and it sounds like the FDA cracked down on Picamilon. We’ll keep an eye out and update this post should any become available. Thanks bunny.

Stacking and Cycling of Picamilon

Cycling and stacking of Picamilon has been found useful in many patients. It is certainly very safe, and it can even help increase the effects of other supplements as Nootropic, Racetams including aniracetam and Piracetam. Even herbs such as valerian root and kava can be helpful when used in combination. Start with the safest option (Picamilon) and use a 3 or 4 days and two days off cycle. Fordays you aren’t on Picamilon, substitute with Phenibut.

Picamilon, which is among anxiolytics, is considered one of the safest. There are littlereported side effects when used at a suitable dose. In some cases, it can cause mild adverse reactions such as headaches, nausea, and tingling on extremities. There are high chances of this supplement interacting interact with other medication, such as benzodiazepines.

How long does Picamilon take to start working?

The effects of Picamilon are exerted rapidly, often within one hour, and half-life ensures that its effects continue for about 6 hours. Its absence sedation makes it more suitable for continuation of normal daily activities. At higher doses (100 mg 3 times per day), the Picamilon influences stimulation resulting in increased energy and endurance.

Picamilon is another great option if you’re looking for a nootropic that offers focused relaxation without drowsiness, plus it’s a good treatment for headaches, should you overdo yourself in intellectual activity. Enjoy it, folks!

Sorry, to correct you, but there is no picamilon to be found in LiftMode’s Amazon store nor at their website.

Thanks for letting us know! Fixed 🙂