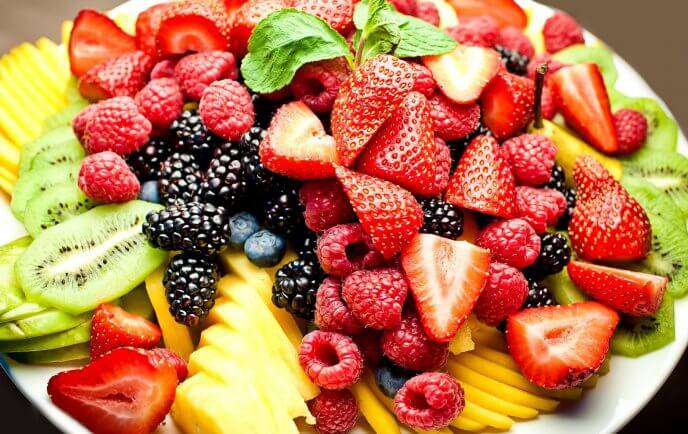 10 Nutrition Principles To Follow and Live By Each Day

1. If you’re going to eat something, eat the most nutrient-dense version of it

2. Use the power of seasonings to make big differences in the healthiness of your foods

3. Select foods that are in their optimal state of preservation

I use the following quality scale for non-root vegetables and fruits, where 1 is the best and 5 is the worst.

4. Cook foods so as to maximize their nutrition and minimize toxicity

5. Enjoy what you eat

Savor the flavors dancing with your taste buds. Don’t regret what you eat, even if it teeters on the edge of conflicting with another guiding principle. It’s not worth feeling guilty about something you ate earlier in the day because you may end up overeating. Emotional eating – we’ve all been there, try to avoid it at all costs.

You don’t know what you’re missing out on until you’ve tried it! With so many cuisines to choose from — each having their unique blend of spices, herbs, meats, vegetables, fruit, and so on — this never gets old!

Disclaimer: I still haven’t tried chicken legs but I know I would rather not chew on its gummy texture, it makes my skin crawl!

Here’s usually where things get murky. Drawing the line is pretty difficult because there’s no completely right or wrong way. Processed foods have become a staple in the American diet and, moreover, we’ve been living the longest we ever have with the addition of processed foods so I would be wrong to conclude that they’re inherently detrimental to humans. The same applies to GMOs: they’re not inherently bad and they can help combat nutritional deficiencies in underserved populations that wouldn’t otherwise get the nutrients from their more natural agriculture. More often than not, however, processed food is junk food and not beneficial in any way, shape, or form. What I will say though is that processed foods can be devilishly tasty so watch out!

8. Eat the right amounts from the right food groups to ensure optimal balance of macro- and micro-nutrients

Implementation: The above principles will naturally lead you in the right direction; however these specific guidelines will assist even further:

We don’t know exactly how many glasses of water any one person should drink daily, because the only real research that was done included fluids in diet- even a piece of bread is 15% water- and that researcher, Dr Frederick J Stare, wrote what has since been interpreted as 6-8 glasses of water a day. But, what he actually, word-for-word, wrote was:

“How much water each day? This is usually well regulated by various physiological mechanisms, but for the average adult, somewhere around 6 to 8 glasses per 24 hours and this can be in the form of coffee, tea, milk, soft drinks, beer, etc. Fruits and vegetables and other foods are also good sources of water.“

I live here in the desert, and I like to keep an eye on all the living critters around here, and I’ll tell you this: You can fill a bird bath daily with fresh, clean water, and damned few birds will bother to come and get a drink even though I have birds all over the property. Every once in awhile you’ll see one do a bit of bathing, but few come and drink. Same for all the other animals- what do the hordes of rabbits around here drink? The javelinas? The mice and coyotes and road runners and hawks? There’s no water- they cannot just get a drink. How can that be? It’s not like mud puddles are a predominate feature down here- it’s not like it rains much at all outside of monsoon season….

…Ahhh! Monsoon season! That’s when you will see birds and other animals drinking water- from puddles, from wet grass, from cupped leaves, from eaves- when it rains, the animals get the signal from the weather there’s water around, that’s when they drink. Otherwise, these birds seem to get the fluid they need from their diet- bugs, vegetation, worms and creepy-crawlies. And they do just fine.

So, what Dr Stare recommends from his research, is that a human should average 6-8 glasses-ful of water a day- including what s/he gets from diet- and if you eat a lot of ‘wet stuff’, well, you’ll not need as many actual glasses of water:


Are there other rules?

Yes, but I consider these to be some of the most important.

More on Food and Nutrition

5 Easy Ways To Get More Fiber In Your Body