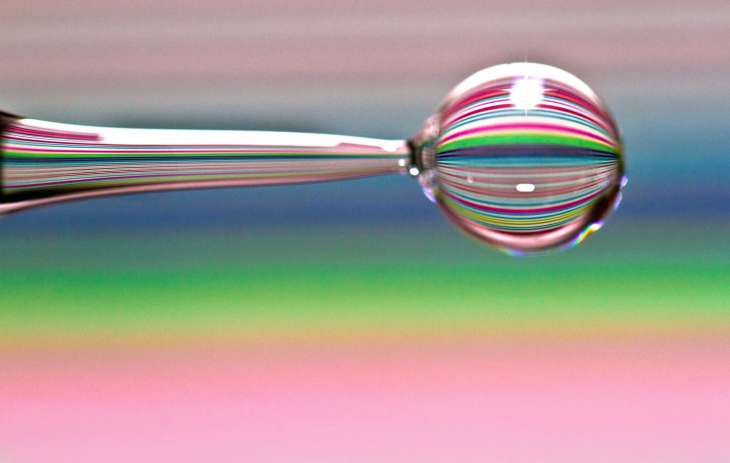 Microdosing Guide: How To Microdose for the First Time

Trying a hallucinogen was one of the greatest experiences of my life so far, but not the for reasons you might think…

No, I was not seeing my teapot transform into a boa constrictor, nor was I tweaked out of my mind to the point where I couldn’t function.

Instead, I was (for the most part) clear-headed and ready to take on the rest of my day – but with a subtle twist. My creative juices were flowing better than normal, and I had the sensation of what felt like strong coffee perking me up.

This isn’t usually what people associate with drugs such as LSD, mushrooms or even weed, which are normally seen as debilitating and recreational in nature, rather than tools for productivity.

How is such a lucid trip possible? There’s a little thing we love a lot, and it’s called microdosing.

As the name might imply, microdosing is simply the art of taking a drug at a tiny dose – much, much smaller than what is taken for traditional purposes.

The reasoning behind this is that we can reap the benefits of a drug without the typical side effects associated with it normally.

In my own case using 1P-LSD, I avoided sensory disturbances, but kept the stimulation and mental flexibility that I still wanted to have.

It can be argued that in many cases, microdosing a substance is just taking a more reasonable amount of it.

The social norm can be to overload your brain with a lot of something so that you get high, or go on a wild trip. But, a much more conservative dose leads to totally different, more controlled effects.

Better yet, the experiences from the practice can feel quite unique and powerful due to the selection of substances chosen for it.

Many of them are psychedelics, which associated with bursts of creativity and headspace. However, there are some other classes of drugs that benefit as well.

Lysergic Acid Diethylamide, or just LSD, is perhaps the most well known substance to microdose for nootropic purposes.

A symbol of 60s counterculture and associated with The Beatles, this incredibly potent substance is both highly stimulating and conducive to creative work.

It’s more common nowadays to see people use 1P-LSD, a nearly identical derivative, due to legal complications with the original substance.

Both come in the form of tiny crystals, usually dissolved and absorbed into blotter paper.

The “psychadelic” mushrooms that I’m referring to contain Psilocybin, another powerful hallucinogen that is less potent than LSD, but with slightly different effects.

Taking mushrooms is often described as feeling more mellow, rather than stimulating. However, they can also have a tremendous effect in opening a person’s mind to new possibilities and perspectives.

People have been known to grow their own psilocybin mushrooms using spores, though this is a practice with widely varying legality across countries of the world.

3,4-Methylenedioxymethamphetamine, known by the street name ecstasy, is perhaps the most controversial drug on this list, as it’s associated with many deaths, especially among rave-goers.

This is due largely to the water retention and increase in heart rate it causes. However, a smaller than recreational dose can be safer, and still provide its signature social-lubricant effect.

No doubt, the legality is still a tough subject on this one. MDMA is considered a controlled substance in most of the world.

Everyone should be familiar with cannabis, or marijuana. It comes in the form of leaves which contain chemicals including THC and Cannabidiol.

Together, these chemicals create feelings of relaxation and euphoria, along with a slightly altered sensory perception. Taking tiny hits of cannabis can be a solution when you want to reduce your anxiety, but still want to function well that day.

Luckily for those who want to try tiny hits of weed, laws regarding the substance are quickly becoming more relaxed, especially as many states in the USA allow medical and recreational marijuana.

Though perhaps the most unrelated item on this list, the microdosing potential of lithium is real.

Commonly known as an antipsychotic substance used to treat bipolar disorder, lithium can have a simple mood-stabilizing effect even at small doses. In fact, lithium might play an important role in proper neural development, highlighted by articles such as this one.

As a supplement, the lithium orotate salt is almost always what is used. It is easily (and quite legally) found in pill form on sites such as Amazon.

Guide to Microdosing for the First Time

Understanding the concept of microdosing is easy, but the messy part is figuring how what the ideal microdose for something is, and physically measuring out this amount safely.

Nobody likes to hear this, but the amount of a substance that equates to a microdose varies for everyone.

I can personally attest to this, as 8.5µg of 1P-LSD for me acted as strongly as 100µg did for my mate, on observations. Tolerance can be a major factor here, as is concurrent drug usage (for instance, taking SSRIs).

However, for an average person with no significant tolerance, we can generalize a range for the micro doses of many substances.

From my research, I have gathered some of the recommended microdoses of the substances covered earlier.

As always, do your own research as well, and start low to assess your own reaction. Here’s what I’ve found to be most helpful, however.

Psychedelics: The third wave recommends a microdose range of 10-20µg for [1p]LSD, and 0.2-0.5g for magic mushrooms. Plus, they recommend taking these psychedelic substances only once every three days, in order to avoid tolerance.

Cannabis: MerryJane recommends between 1 and 5 milligrams of marijuana for a microdose, in edible form. A small hit may also be possible, but that is much harder to measure.

MDMA: According to a thread on reddit, users have commonly reported 35mg as a low target dose for MDMA.

Lithium: A Longecity thread reported on a study where lithium doses as low as 300µg were used to prevent symptoms of Alzheimer’s disease. It isn’t clear what the microdose for enhanced emotional stability is, but this is a good baseline for therapeutic effects on the brain.

Even if you know exactly how much of a substance you want to use, the task of figuring out how to measure it can be daunting.

Yes, it’s easy enough to use an electronic scale like one of these to precisely measure powders and herbs.

For magic mushrooms, this can be done accurately by a person with average resources. However, with masses down in the micrograms, most scales won’t be able to measure the amount desired.

Plus, if you’re using blotters (think LSD), then you also have the unknown mass of the paper itself to worry about.

Thankfully, there is a way to extract just the right dose you need out of both powders and blotters. The method is called volumetric dosing, and it relies on the fact that substances tend to disperse evenly in a solution with water.

The materials you need are a metric beaker (measured in ml), a 10-ml needle-less syringe, and distilled water.

From there, you do a little bit of math and dissolve your materials in the water-filled beaker at an easy ratio.

For example, if you have a 100µg blotter of 1P-LSD, you can dissolve it in 100ml of water for exactly 1µg per ml of solution. You can then use the syringe to measure out your microdose from the beaker.

Make sure to use distilled water; chlorine destroys lysergimides (the key ingredient in LSD).

Blotters can also be cut into equal sections with a pair of scissors, however this is not ideal because they may not necessarily be “laid” evenly, meaning that the active ingredient can be more concentrated in one area of the paper.

For now, go with volumetric dosing as your accurate way of measuring microdosed substances.

Microdosing has been in the news spotlight for some time now, especially with LSD.

In fact, LSD microdosing has been featured in big names such as Forbes, where one article describes the modern trend of silicon valley employees to engage in the practice.

Does this story sound familiar? It should, if you’re at all acquainted with nootropics.

The wakefulness drug Modafinil has also been featured in articles like this one, which describes how bay area tech workers are gobbling up the tablets like they’re candy.

The LSD helps the workers disrupt industries with novel ideas that seem to come out of nowhere, like new killer apps and say, the existence of products like smartphones, to start.

Episode 155 of the SmartDrugSmarts podcast features Dr. James Fadiman, an expert in psychedelic drug research since the 1960s.

His guidance on psychedelic microdosing (beyond LSD) has been published on the web including at The Third Wave, which we mentioned a bit earlier in the article.

I have found found their website to be invaluable for my own journey in microdosing, and I urge our readers to check them out as well.

One more thing to mention – while doing research for this article, what fascinated me perhaps the most was the idea of microdosing lithium.

The New York Times reported on studies that found that in municipalities with more lithium in their drinking water, there was a significantly less likelihood of violent crime or suicide compared to others. Again, multiple studies – and they were done in several countries around the world.

SmartDrugSmarts also did an episode on the benefits of lithium, and how it shouldn’t only be considered a medication for bi-polar disorder.

Microdosing is a concept that all of our readers need to become familiar with, as it provides an incredible tool to try all sorts of helpful substances.

Many of these are much more helpful to productivity at low doses, and can provide experiences of either relaxation, imagination, or both.

Check out all of the resources I’ve pointed out, as we’ve only hit the tip of the iceberg on this subject, and we’ll no doubt be back for more!

Hi.I puted 100 ug of 1p lsd in wather destile I shaked once in while for a week but did not disolve it complete even if I cuted in tiny pieces why???

Maybe you should stay away from LSD…

How do I get the hallucinogens I need to start microdosing?