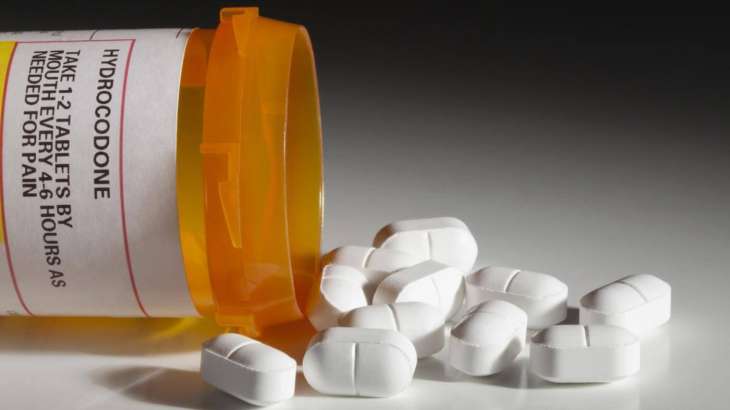 If you’ve ever experienced chronic pain or know someone who has, then there’s a distinct possibility you’ve already heard of Hydrocodone.

The opioid is used to treat mild to severe pain (rather effectively, it’s worth noting) but can come with a host of side effects and the very real possibility of abuse and addiction. Still, some feel that the Hydrocodone high is well worth the potential risks. Let’s explore.

Just about any opioid has some potential for recreational use, and Hydrocodone is no exception. Created in the 1920s, the drug provides an experience similar to Oxycodone and is available under many brand names. Norco, Lortab, Zohydro, and the one you’ve most likely heard of before: Vicodin. Usually, each brand name has a slightly different formulation of the drug.

Because of the immense potential for abuse, Hydrocodone is legal but tightly controlled. It is a Schedule II Drug in the United States, meaning the government

believes while there is a medical use for Hydrocodone there is a “high potential for abuse” and likelihood that abuse will “lead to severe psychological or physical dependence.”

Hence, they have to limit distribution, for your own good. Still, that hasn’t stopped a black market for pills from cropping up, and you’ve likely heard local news reports in your area about Hydrocodone bandits peddling the pills illegally.

Some of the reactions simply praise the pleasant physical feelings Hydrocodone offered:

“I took 30 mg of hydro like 30 or 45 minutes ago and damn I’m feeling so good. Like really really fucking good.”

Others lamented that they couldn’t experience the euphoria that’s normally associated with a Hydrocodone high:

“Last night I took 30mg, hoping I would feel the euphoria everyone speaks of when it comes to opioids, and still, I couldn’t feel a damn thing but a bit of nausea.”

As savvy commenters pointed out, though, your pre-ingestion ritual plays just as much into your experience as the dosage:

“That first time or two you use opiates it can be deceptive. When I had a chance to use Vicodin I had the same reaction. ‘Where’s this euphoria everyone keeps talking about?”

“Then I mixed three or four with a couple of drinks and I was smiling and glowing for an entire evening. What you eat does affect things too, so just experiment and try a few different things and you will hopefully find it.”

I made sure to take copious notes for my own experience with the drug.

At last, the moment of truth. This wasn’t my first rodeo with opioid painkillers (on account of a college baseball injury), so I was extra cautious going in. Not wanting to make a habit of this, I took one 35 milligram dose, and that was it. It was every bit as potent as I remember similar opioids being.

Within 40 minutes I could barely feel anything outside of the rush that the Hydrocodone was providing. Nothing but a big grin of contentment for the rest of the day, followed by a period of sluggishness and the eventual rebound back to normal.

That’s all I needed to experience, Hydrocodone is powerful stuff, so I think it’s best to tread lightly.

What Is Hydrocodone Exactly?

Simply put, it’s a painkiller. To be more specific, it’s a doozy of a painkiller. You don’t need much to achieve the sensation-dulling effects, and once it goes to work on the brain, you can feel it “doing it’s thing” for around four to six hours, at which point another dose will continue the effects.

In addition to being sold solo, Hydrocodone is also marketed in different combos like Hydrocodone/Aspirin and Hydrocodone/Ibuprofen to further augment its painkilling properties.

Referred to as a “narcotic analgesic,” the drug operates on the central nervous system and dulls pain sensations. A thoroughly developed drug, Hydrocodone comes in several forms, from pills to syrups.

Hydrocodone is normally consumed as an immediate-release medication, though, you can also find it in controlled-released form. As a controlled-release ingestible, it can treat around-the-clock pain at moderate to severe levels. The controlled-release pills also don’t really provide the type of high typically associated with the drug.

Hydrocodone: It Can Definitely Get You High

Rarely does Hydrocodone not produce some effect on the body. For some, it might not be as pronounced as others, and there may be a need to try a few times before it kicks in, but when it does the sensation is very noticeable.

Some adventurous users will pair Hydrocodone with alcohol or a bowl of weed to add a layer of relaxation and social courage to their high, but I was not so brave on my attempt. From everything I’ve read, though, it’s quite the experience.

Another thing you’ll want to take note of is Hydrocodone’s designation as a schedule II controlled substance. Law enforcement is not playing around with these drugs. Possession of a schedule II controlled substance can result in criminal charges, expensive fines and even jail time. Exercise caution if you plan on purchasing some for recreational use and do what you can to limit your exposure in public if you’re carrying the drug.

Unfortunately, like many opioids, using Hydrocodone can be a slippery slope. The effects are potent but don’t always work as intended for everyone. Side effects like nausea, vomiting, constipation, anxiety and mood swings are common. Additional information about potential side effects and drug interactions can be found here.

There is also a potential to become addicted and start abusing Hydrocodone with continued use (hence the Schedule II designation). Physical dependence on a compound is rarely pleasant, and overdosing on a drug like Hydrocodone can slow or stop the heart, leading to death. Though on its own Hydrocodone is not particularly damaging to the liver, varieties of the drug that include Acetaminophen can cause acute distress. However, keep in mind that with habitual use of the drug there’s a significant risk for liver damage.

With repeated use, withdrawal symptoms can be expected and are often quite severe. If you’re going to try using Hydrocodone in search of a high, be vigilant about it. Do not make Hydrocodone use a regular habit.

A Word On Addiction

Opiate addiction is an extremely debilitating disease that tends to reach every aspect of a person’s life. This addiction is extremely common. These days, it seems like everyone in the world has been directly affected by opiate addiction in one way or another. With the advancements of drug rehab marketing, it has been easier to find help if you have an addiction problem, but it’s still an issue you need to keep in mind.

While Hydrocodone is the “baby” of the opiate family, it’s a fair introduction into what these drugs are capable of and how deadly they can be. For many opiate users, they’re addicted to the drug before they can even realize that they’re becoming addicted. Many of those same users would pinpoint their path to addiction as the first time they tried Hydrocodone. For this reason, please proceed with extreme caution. Hydrocodone can definitely be a fun little high. But, if you have a history of addiction or abuse of prescription medications, it may be best not to get involved with Hydrocodone at all.

No doubt the Hydrocodone high can leave you feeling quite nice. On the flip side, though, there’s a plenty of potential for side effects, abuse, and even addiction. If you’re going to use Hydrocodone, make sure to take it easy and don’t take it to the point of habit.

Hydrocodone is an opioid semi-artificial health practitioner’s prescribed drug that is typically used as a painkiller. It relies upon medical doctors that they’ll prescribe you this remedy as a short length concerning remedy like small dental surgery, bone crack, etc.Hydrocodone has its own effect, long-term use of hydrocodone will also become addictive. Once you get hooked on it and use it to sense normal. You want to look ahead to the health practitioner or rehab middle as quickly as possible. Hydrocodone impacts our brain’s frontal cortex (the frontal lobe is a part of the brain’s cerebral cortex) impacts our man or woman decision-making functionality and different stuff.

I just took one 35 mg for my dental surgery pain…I had a sinus lift and bone reconstruction implant. I only took Ibuprophin the first week because the pain was minimal but it seems to have gotten worse, maybe from things growing together?? Anyway, I love the feeling, but am going to turn the rest back to the Pharmacy or the Dr who prescribed them to me, I do NOT want to become addicted and could see myself easily becoming addicted to this feeling.