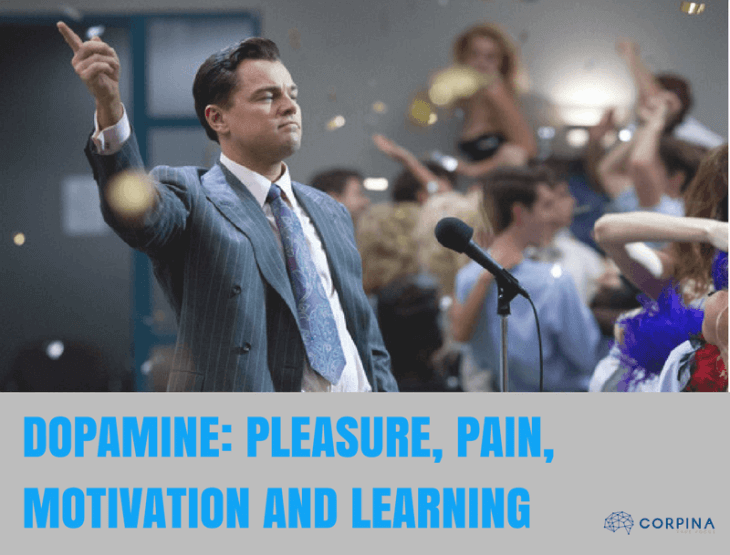 Occasionally among nootropics fans, you will hear phrases such as “I’m having a dopamine rush” or “my brain is just feeling depleted today” in regards to how they are feeling.

As science is becoming more and more mainstream, even people who aren’t into neurochemistry have likely heard about dopamine and how it drives a person to be happy, motivated, and even about its role in drug addiction and reward-based learning patterns.

Besides the essential role it plays in the human body, dopamine is an important factor in intelligence and behavior, and is the prime focus of many custom nootropics stacks.

The chemical nature of dopamine

So what is dopamine, precisely?  From a biochemist’s point of view, it is a monoamine neurotransmitter of the catecholamine family that performs a number of functions in the bodies of animals.

Typically, it is discussed in terms of what it does in the central nervous system (especially the brain) and how an imbalance of its levels can cause serious disorders that are being researched and treated by modern medicine.

Dopamine is an inhibitory neurotransmitter, which means that it reduces the tendency for certain neurons to fire.

It works in the reward systems of the brain by inhibiting negative stimuli in the manner of negative reinforcement.

The addiction associated with this action is the result of people wanting the continued reduction of negative stimuli, such as pain. This can explain the nature behind physical and mental dependence on drugs that affect the dopamine systems.

Dopamine’s role in our lives

Without dopamine, humans wouldn’t be motivated to learn, create, or have the curiosity that defines us as a species. Since much of our intelligence comes about from the presence of dopamine, nootropics can be used to alter its levels and thus, boost intelligence and learning.

Learning can also be influenced through the actions of dopamine. When the frustration of learning a concept culminates in understanding, the negative stimuli felt during the learning process ends in a release of dopamine.

Since people often associate the understanding of a concept with a sense of happiness or victory, their learning is reinforced through the actions of dopamine on the reward pathways.

It’s hard to name many of the emotional reward brain chemicals that AREN’T involved when two people’s physical and emotional attraction to each other kicks in. However, the big player is the neurochemical dopamine, which begins at the point of that arousal.

Ways to utilize and increase it

If dopamine is such a great and important chemical to us, doesn’t it make sense for us to have more of it?  For the most part, yes, but there is a limit to how far you can take it. Too much dopamine is in fact malevolent, because it can cause symptoms of disorders such as bi-polar and manic episode due to an overload of it in the brain.

Since our reward circuitry is so heavily wired by dopamine, too much stimulation disrupts our natural rhythm and can reduce the quality of our lives.

However, in those people with a good reason to increase dopamine levels (i.e. they lack a certain amount of it) there are methods of increasing it. Bringing about a proper balance of this neurotransmitter is helpful for everyday life for some, especially those with ADHD where there is less dopamine in the prefrontal cortex than normal.

If you feel concerned about having a lack of motivation or attention space, it’s best to talk to a doctor to help decide what to do. Still, here are some of the ways brain dopamine levels can be increased:

There are some ways to boost dopamine levels that are completely natural, like exercising and avoiding excessive fatty foods. Exercise is not only healthy for the body, but the brain as well. It helps with strength and releases endorphins – the all organic painkiller that gives you a feeling of satisfaction after working out.

This also increases dopamine levels, for that rewarding sensation. Avoiding eating too many unhealthy and fattening foods can also help, as they tend to “overload” the reward pathways almost similarly to how many drugs can.

This is more for those who have been diagnosed with a psychological disorder, such as ADD or ADHD. Psychiatrists can prescribe various medications which essentially “block” the reuptake of dopamine within the synapse. Since now it can’t temporarily escape, dopamine levels can be built up to a proper amount.

The problem with this, however, is the stimulation and tolerance that builds up over time and some nasty side effects. The drug method includes things like amphetamines, methylphenidate, and even illegal substances like cocaine.

There are other drugs that affect dopamine in a much more minor way. Caffeine, Modafinil, and stimulants like Adderall and Ritalin all exert mild effects on dopamine levels, and may prove effective in increasing attention span in people.

Rather than using drugs to directly affect the pathways of the dopamine system, you can opt for supplements that directly work to increase levels. For instance, the common amino acid L-tyrosine is a factor which increases dopamine production – being a precursor in a chemical reaction chain to produce it.

Less further down the chain is L-phenylalanine, which works better for some people. There is another precursor that is closer to dopamine itself but causes side effects, L-Dopa, which is only recommended for the treatment of severely low dopamine such as in Parkinson’s disease.

Dopamine is what keeps us going every day and helps to ensure our motivation as a species. When we don’t have the right balance of its levels, it can cause us problems especially involving train of thought.

This is why, especially as a lot of us are nootropics fanatics, it would be good to focus on developing new substances to help balance it correctly.

Hopefully we’re mostly balanced already, but we do know there are ways to help you if they are not. Good luck to everyone, and be motivated.