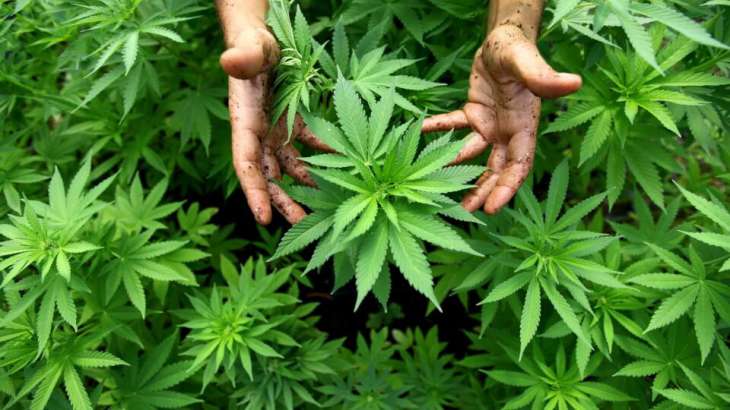 Recreational Adderall users often wonder if this popular study drug can be combined with other substances.

The major concern for most people is safety—can one safely smoke weed after taking Adderall.

The answer may be surprising…

As one user posted on the Drugs subreddit, “I combined adderall and weed last night and I’d just like to say, I felt fantastic.”

This particular user took a 20 mg Adderall pill around 8:30 and followed up with another 20 mg pill at 11 then smoked some weed at 1 o’clock. He reported feeling “amped up,” and talkative, adding that he felt no sadness.

“My thinking was clear…it’s like a barrier that was there and held me back from being more outgoing completely vanished.”

This sense of increased sociability is one of the many perks of taking Adderall in conjunction with marijuana products.

As we see in responses to this user’s post, the weed and Adderall combo is infamous. “It’s honestly the best,” one user replied.

But as with other combinations, there are several reasons why one should (or shouldn’t) combine Adderall and weed, and several factors that should be considered.

Smoking Weed on the Adderall Comedown

Adderall is notorious for the crash that comes after taking it. Some users experience an acute comedown while others report a mild crash accompanied by a dull headache.

Over at drugs-forum.com, one user responded to a post asking for comedown suggestions by saying, “Marijuana is a great answer to this problem.”

And he’s not alone. Countless users advocate this combo for its ability to clear your head and bring on a buzz that nullifies the sluggish fatigue that sets in during a crash.

But it’s not all wine and roses with weed and Adderall. As one user pointed out, “Weed sometimes makes for more paranoia and uncomfortable feelings.”

A user on Bluelight echoed this sentiment, saying, “Weed does exacerbate the anxiety from the come down though so I’d be careful.”

However, this same user also agrees that it can be useful when crashing, saying, “I was actually coming down from adderall yesterday and I must say the weed I smoked helped with eating, etc.”

Many users say that marijuana is not necessarily ideal for a comedown unless utilized with additional substances like benzodiazepines, alcohol or opiates.

Adderall users who decide to combine the two should consider what strain of marijuana they choose to smoke while under the influence of Adderall.

Since Adderall is an amphetamine analogue, it is best to smoke weed that is more stimulating than mellow to offset the lethargy and headache associated with the Adderall comedown.

Some users have said that weed is a good option to take the edge of Adderall and alcohol, but most people strongly urge users against mixing the three.

As one user on Bluelight forums reported, panic can set in after combining these substances.

The medical community especially frown upon the notion of mixing Adderall with alcohol, noting the potential for serious adverse effects.

While the combo can increase alertness, they can also potentiate insomnia, memory loss and pounding heart.

Some posters have written on forums, wondering if it is safe to smoke cigarettes while under the influence of Adderall.

While smoking cigarettes is never truly safe, as regular cigarette smoking can lead to a number of serious health conditions, there is nothing to suggest that smoking while on Adderall or even Adderall and weed would have any particular drawbacks.

The reason this question is often posed is because of the intense cigarette cravings that Adderall use can induce.

We already delved into why people should try to avoid combining Adderall with alcohol, but here’s another one for the more frugal types who don’t want to purchase a carton of cigarettes at a time.

As one user puts it, “Beer + adderall will result in a very empty pack of smokes.”

So, while there is no precise scientific evidence to back up these claims, the court of public opinion is fairly transparent on the subject—Adderall use will make you crave cigarettes, but Adderall and alcohol will only intensify those cravings.

Smoking Weed on Adderall—Is It Safe?

While some believe that there is a higher risk of addiction to smoking weed in tandem with Adderall use, no scientific evidence suggests that the two can interact poorly.

Again, as mentioned above, users should carefully consider which cannabis strains will pair well with Adderall.

Smoking weed on Adderall to study is a common practice among many college students.

Marijuana can take the edge off Adderall and even offer a mild euphoria that undermines the jitteriness some users experience while taking Adderall and similar stimulants.

As we have seen, there are innumerable user experiences that testify to the value of combining weed and Adderall.

In one colorful Reddit post ever-so-subtly entited “Adderall + Weed = Godmode engaged,” a user by the handle InfinitelyOutThere writes, “Recently I took 20 mg of adderall and smoked a couple bowls.

I was a f***ing god, I swear. Everything felt amazing and I wasn’t groggy from the marijuana like I usually am.”

User response concurred with this assessment with one responder saying, “Weederall [sic] is great. Just keep an eye on your heart rate.”

One self-proclaimed speed freak on Erowid documented his experience taking 40 mg of Adderall with a gram of mid-level quality weed. “After smoking weed I’ll feel lethargic and unmotivated,” he writes.

“Well the adderall filled those two spaces and the feeling was quite unique.”

The familiar stoned feeling filled my head, but I didn’t feel like sitting at my desk playing video games as I usually do whilst stoned. Instead I studied for my final exams.

This same user goes on to say that hours passed by since he dosed and he remained alert and focused. This attests to the value of the Adderall-weed combo.

For most users, this is a pleasant option if used properly. As we’ve seen here, it only takes a very small amount of marijuana to go hand in hand with Adderall.

Taken on its own, certain strains of weed can cause erratic heartbeat, anxiety, lethargy, fatigue or depression.

Other common effects include dry mouth, bloodshot eyes, loss of inhibitions, impairment of motor coordination and loss of reflexes.

When taken in conjunction with Adderall, these effects may be magnified in some people.

Should any of the more acute side effects occur, it is best to discontinue use of the weed and Adderall combo and seek medical attention.

In summation, Adderall and weed is a combination that has been embraced by users far and wide.

It is a relatively safe and enjoyable when taken in moderation. Compared to Adderall and alcohol, Adderall and weed is a far less risky gamble that invariably offers a pleasant experience.

Users should look at the effects of each marijuana strain before settling on the right one to pair with Adderall.

Always use Adderall with caution and avoid large doses, particularly when combining it with other substances. Or consider alternatives – here is a list of some Adderall alternatives you could try.

The 6 Best Adderall Alternatives in 2021 (and Beyond)