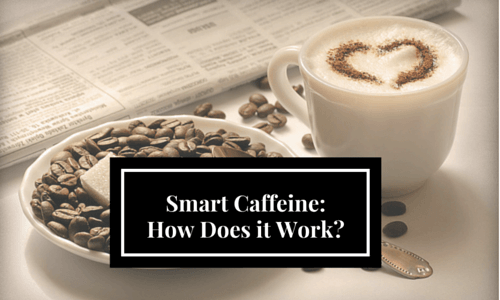 Americans love their coffee. They are willing to spend money just to take a sip of a flavorful cup of joe.

According to a recent study, the US spends about $40 billion on coffee each year. About 54 percent of adults in America drink coffee and they consume an average of three cups a day.

The majority of coffee drinkers in the US consumes coffee mainly because of the energy-inducing effects of caffeine.

Modern science, however, has proven that coffee is more than an energy drink. New studies show that coffee has a lot to offer from increasing energy levels to extending your life!

Upgraded Coffee in the Modern World

Today, some of the most innovative cafes and holistic health product providers are taking caffeine into a new level. Health and wellness entrepreneurs are now find more opportunities with caffeine.

One example is upgrading an ordinary coffee mix into a drink which increases and improves performance and mental awareness.

Specialized coffee are sometimes called healthy beans, antioxidant coffee or organic coffee. The evolution of coffee drinker’s taste in coffee is one reason why this type of drink is becoming popular in the market.

So, what is the secret to creating these smart beans?

According to coffee connoisseurs, the functional coffee revolution starts and ends with the beans. Those that are grown in places in high altitude and in cooler climates have lesser risk of toxins and molds development.

Guatemala, Vietnam and areas of Peru are some of the main sources of these upgraded, single origin beans. These beans undergo extensive lab testing and cleaning to ensure that only the highest quality ones are grown and extracted.

There were studies conducted which revealed some alarming facts. One study tested 60 coffee bean varieties and found that 91% of green coffee beans were contaminated by mycotoxins or mold toxins.

This led to the development of new and more techniques to test beans to ensure that they do not grow undesirable elements in the future.

What is Bulletproof Coffee?

Bulletproof coffee was developed by Silicon Valley entrepreneur and cloud-computing pioneer Dave Asprey, after he travelled to Tibet and sampled yak-butter tea drinks.

Because of his own health issues, Asprey, a self-confessed bio-hacker, took a do-it-yourself approach to health and performance by creating new fusion coffee recipes.

He returned to the United States and experimented with buttered drink recipes and published the preparation for his buttered coffee drink on his blog in 2009 (high quality medium-chain triglycerides or MTC Oil is also added to the recipe).

Six years after, Bulletproof Coffee became popular in the United States. This type of coffee has been known to health conscious consumers, entrepreneurs and even celebrities.

People are getting attracted to this drink because one of its benefits include weight loss through ketosis, a metabolic state triggered by lack of carbohydrates and by boosting cognitive functions. Asprey even claims that the drink has contributed to a q0 point boost in his IQ.

The bio-hacking activity that was done to create Bulletproof has been an inspiration to create more upgraded coffee varieties across the United States. It has become part of the modern trend to use different elements like caffeine to create recipes for improving cognitive functions and mental performance.

Smart Caffeine has evolved from drinks into health supplements. One example is the L-theanine.

L-theanine is a unique amino acid that can easily cross the blood brain barrier and affect the central nervous system.

It is a naturally occurring amino acid which has numerous benefits which primarily include mental relaxation, reduced stress, improved working memory and enhanced learning. Like Bulletproof Coffee is marketed, it also increase alpha brain wave activity.

A variety of studies have shown that L-theanine directly stimulates the production of Alpha brain waves. The results show significant increases in Alpha waves and activity in the right posterior parietal cortex, a region in the brain which is important to visual stimulus and attention.

In simplified terms, Alpha waves are present during wakefulness where there is a relaxed and effortless alertness, while caffeine stimulate Beta waves.

L-theanine and caffeine complement each other. The combination allows the user to fully benefit from the positive aspects of both compounds.

Smart Caffeine and Its Effects in Human Cognition

There is a growing opportunity beyond the mainstream coffee. With more research, these upgraded beans and health supplements can help us take our love of coffee to the next level.