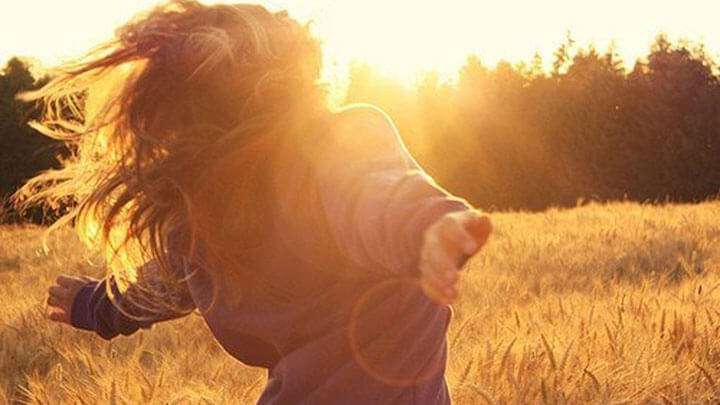 Don’t you find that some days you have the energy of a Maglev train, hurtling through the scenery at more than 400 km/h heading to the next station?

Arguably the fastest mode of transport barring taking to the skies, the maglev has no moving parts to slow it down. It only stops at its designated destination. And it has seldom been late or behind schedule.

And then there are the other days when you potter around like a model T car. Wheezing, groaning under the strain of traveling at a measly 20 clicks per hour.

Why is there this huge difference in enthusiasm and productivity on the very next day?

Scientists have actually come up with a very important factor that might be the key to this all. Mood. I know what you’re thinking, you already knew this. It doesn’t take people with IQs of 160+ and lab coats to tell you this. But when you consider the fact that this ‘feeling’ can be altered positively to bring about great benefits, you ought to pay attention.

11 Supplements That Improve Your Mood

Good news is mood supplements and supplements to improve memory exist and there are within your grasp in some of the most unlikely places.

And since most of them have been used since bygone ages and have well-documented histories, you can be sure that these will transform you back into a speeding projectile even on average days.

So let’s take a loot at some of the best supplements for mood enhancement.

One of the oldest and most effective mood enhancers known to man, Ginseng refers to 11 different varieties of short, slow growing perennial plants with fleshy roots. There are basically 2 varieties of Ginseng, American and Asian. Both have the same benefits with very little variation.

Ginseng has many applications ranging from anti-inflammatory properties targeting different levels of immunological activity, prevention of cancer, improving cognitive function by improving memory, energy levels and improving mood while increasing overall energy levels in the body. So you can see this is actually really good for the system.

If you have a girlfriend or are a woman, chances are you might have come across the beautiful fragrance of Lavender many times. It is extracted from the plant of the same name in oil form and used in the production of various soaps, lotions and perfumes.

It is used in aromatherapy to help you relax, elevate moods and relieve anxiety, Lavender is a powerful stimulant. So powerful in fact, that it might be better to talk to your physician especially if you are under some sort of medication before you use this oil.

Remember your mom nagged you every day to eat more grains, cereals and veggies? Well, she did know better.

DMG is found in these kinds of food and also produced in small quantities by the body. It can give you a good boost to your mood when taken as a supplement.

DMG acts like a catalyst for the synthesis of more important substances produced by the body like choline and neurotransmitters in the brain.

It positively influences mood, energy, wellbeing, alertness, concentration, and visual clarity. It is used in the treatment of autism and heart diseases.

Produced commercially from the seeds of the plant Griffonia simplicifolia, 5-HTP is not abundantly available and hence must be taken as supplements for your everyday needs.

5-HTP is used for sleep disorders, depression, anxiety, migraine and binge eating associated with obesity. It acts as a stimulant in the brain and nervous system for the production of serotonin,

which is responsible for regulating sleep, appetite and pain sensation.

This is a type of herb whose leaves and flowers are used to make medicine for the treatment of mild to moderate depression. It is used widely around the world and found to respond well to mood swings and aimlessness associated with depression.

Recent studies have shown that a chemical, hyperforin is responsible for the herb’s benefits. This acts in tandem with another chemical hypericin to produce reactions responsible for good moods in you.

L-Theanine is an amino acid produced by the body that acts as building blocks for the system.

Theanine is used in the treatment of nervous system disorders. It produces a calming effect in the brain by increasing levels of serotonin and dopamine.

The supplement helps increase alpha-brain waves, producing a mood-enhancing effect without the usual drowsiness associated with other drugs.

Sometimes also called Kava, is a root found in the South Pacific islands, used by the natives as medicine and in ceremonies for centuries. It is boiled in water and consumed as tea for a calming effect on the brain.

The changes in brainwave patterns produced by Kava are comparable to prescription drugs like valium and hence must be taken in small, controlled doses.

Kava is not addictive but continued use will see beneficial effects taper off and might even be harmful for some individuals.

Not to be confused with Frodo’s best friend, SAMe (pronounced, “Sammy”) has been around for quite some time and is found in small amounts in the body. It can also be synthesized in the lab with today’s tech.

While SAMe has been available as a dietary supplement in the US it has been used as a prescription drug in other countries as early as 1979. Research has uncovered the potential usefulness of SAMe for depression.

It has also found potential application in the treatment of foul moods, anxiety, heart disease, dementia, Alzheimer’s disease and slowing down the aging process.

This acts like a traffic cop allowing only certain impulses to pass through the nerve centers in the brain. You can’t get this from plants or food, so supplements (such as Phenibut) are your only option.

GABA is used by a wide range of people and only a very few people use it for mood enhancement. Athletes use it to bounce back quicker, fitness trainers use it to build tolerance to exercise and lean muscle mass, obese people use it to burn fat. So as you can see, there are a variety of uses for GABA.

Oxidation is the process by which oxygen reacts with substances and consumes them. So it makes sense to have a regular antioxidant to help you out sometime. R-Alpha Lipoic Acid is that antioxidant.

It occurs naturally and is found in in meats and veggies that you eat every day like bread, liver, potatoes to name a few. It basically enhances mood by reducing chronic fatigue you feel after a heavy workday. It processes carbohydrates to make energy for the whole body.

Knows also as passion vines, these species of plants have very attractively shaped flowers. The plant extract is used to create remedies for sleep disorders, gastritis and a variety of other afflictions.

It is used by a lot of people as a mood enhancer and also has calm, sleep inducing effects for people who have trouble sleeping at night.

While all these mood enhancement supplements have their awesome beneficial effects, care should be taken to not overdo it.

You could consult your doctor before you use these pills and stay at a safe distance from nasty side effects. I hope you find the right supplement to help you perform at your best.